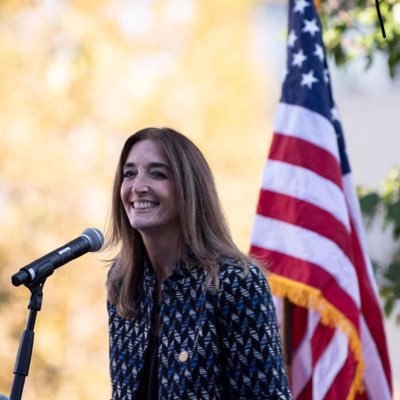 Republican leaders in the Virginia Senate and House of Delegates released a joint statement on Monday declaring that they will be using the power they have in the minority to limit the upcoming session of the General Assembly to the 30-day-minimum.

The Virginia Constitution states that “no regular session of the General Assembly convened in an odd-numbered year shall continue longer than thirty days.” It requires a two-thirds majority vote in both chambers to extend the session to 45 days, which is traditionally done in odd-numbered years. The sessions that take place during even-numbered years are usually extended to 60 days in order for legislators to have more time to complete the biennial budget.

Democrats hold a 55-45 majority in the House and an even slimmer 21-19 majority in the Senate, meaning they would need several votes from Republicans in order to extend the regular legislative session beyond 30 calendar days.

“The Constitution limits the duration of General Assembly sessions to ensure we have a citizen legislature, not one populated by full-time politicians,” said House Minority Leader, Delegate Todd Gilbert (R) in a statement on Monday.  “Given that we’ve already addressed the primary purpose of the upcoming session, amending the state budget, it makes sense that we keep within the constitutional minimum until the people of Virginia can once again fully participate in their government.”

Republican Senate Leader Tommy Norment expressed the same sentiment as Gilbert, implying that due to the extended special session this summer and fall, which was originally called by the Governor to readjust the budget after the COVID-19 pandemic hit, they now believe 30 days will be enough time for the legislators to deliberate and vote on legislation. “Considering the lengthy regular and special sessions held this year, the General Assembly should be able to complete its work for 2021 in the 30 days the Constitution allows,” said Senator Norment. “This year’s regular session lasted 65 days and the special session stretched out over 84.”

This is a contrast from the rhetoric used by Republicans during the recent special session – especially in the House, where they said Democrats rushed bills through the process without giving them what Republicans believed to be the proper debate.

When a bill that passed during the special session would have originally stopped police officers from pulling over cars with their headlights off at night, the spokesperson for the House Republicans called out the Democrats for not holding enough debate on the bill in order to catch mistakes like that. “Honestly, this is why shutting down debate is so harmful,” said Garren Shipley, the Communications Director for the House GOP Caucus. “Senate [Democrats] allow debate, and stupid things like this get found and fixed. [Virginia House Democrats] don’t, because they don’t like to be told their legislation isn’t perfect.” Governor Northam stepped in and amended the bill before signing, fixing the issue.

Democrats don’t seem to be too concerned about the proclamation from the Republicans, however. “These are just Trumpian obstruction tactics by two caucuses who lost an election two years ago and are in denial of reality like President Trump,” said Senator Scott Surovell (D) in an interview. “The minority caucuses are unhappy about the change we’ve brought to Virginia in the last two sessions and this is just a meaningless attempt to limit our power.”

While the Republicans will likely be successful in limiting the time of the session to 30 days, that doesn’t leave the Democrats without options. As he has done twice in the last 18 months, Virginia’s Constitution gives the Governor the power to convene the General Assembly for a special session. The Constitution gives no real parameters or requirements for calling the special session, it just simply states, “when, in his opinion, the interest of the Commonwealth may require.”

“This is the type of petty and partisan game playing we would expect out of Washington, DC — not Richmond,” said Alena Yarmosky, Governor Northam’s Communications Director. “Governor Northam and Democrats in the General Assembly have delivered historic results for Virginians, from gun safety, to COVID-19 relief, to access to better healthcare. That’s what they’ll continue to do.”

Speaker of the House, Eileen Filler-Corn (D), issued a strong statement in response to the Republicans noting that the Democrats will do what is necessary in order to legislate. “It’s disappointing Republicans would use this moment – a time when we should be helping Virginians through this pandemic – to exercise their limited power to cut the planned 45-day legislative session short,” said Speaker Filler-Corn in a statement on Monday. “It’s clear they continue to prioritize politics over everything else. The Democratic majority is focused on governing and we will do what is necessary to complete the people’s business.”

The regular session is scheduled to begin on January 13th.