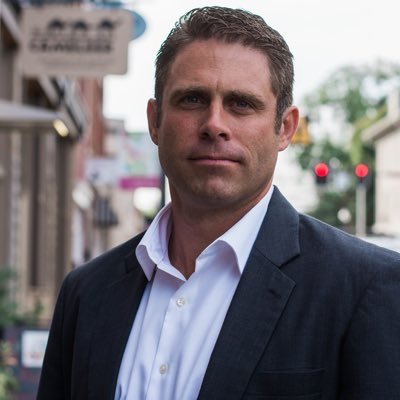 Nine days after election day, Delegate Nick Freitas (R) conceded the race in Virginia’s 7th House district to the incumbent, Congresswoman Abigail Spanberger (D). However, Freitas worded his statement carefully to mirror the language coming from the White House in an attempt to cast doubt on the election results.

“Since Election Day our team has been observing the post-election canvasses, provisional ballot hearings, and working to ensure that every legally cast vote is counted. There have been many irregularities this cycle, and unfortunately we will probably not have access to all of the data we need for some months,” said Freitas in a statement on Thursday. The Associated Press called the race for Spanberger on November 8th.

President Trump, who lost to Joe Biden but has yet to concede in the presidential race has continued to push conspiracy theories with no evidence of voter fraud taking place. This has provided cover to down-ballot candidates like Freitas to promote conspiracy theories in an attempt to delegitimize their losses.

“The practical result is that the outcome of the election will probably not change here in the 7th,” said Freitas. “But that does not mean we should stop investigating to ensure the integrity of our elections,”

The VA-07 race cost over $25 million in spending, in most part due to the district having belonged to the Republican party for decades before Spanberger flipped it in 2018. This gave GOP strategists reason to believe they could win it back this year when Republican turnout was expected to be higher.

But even with all of that money, Republicans were unable to close the gap in VA-07. Spanberger increased her margin of victory in Chesterfield and Henrico by thousands of votes compared to 2018.

Spanberger issued a statement around 5:45 p.m. on Wednesday night, eight-days ago, declaring victory. “Tonight, the Seventh District affirmed its commitment to leadership in Congress that puts Central Virginia first, works for everyone, and focuses on expanding opportunity for the next generation of Virginians. Serving the Seventh District in Congress has been my honor, and I look forward to continuing our work to strengthen and protect our communities.”

One thought on “Nick Freitas promotes misinformation in concession announcement”