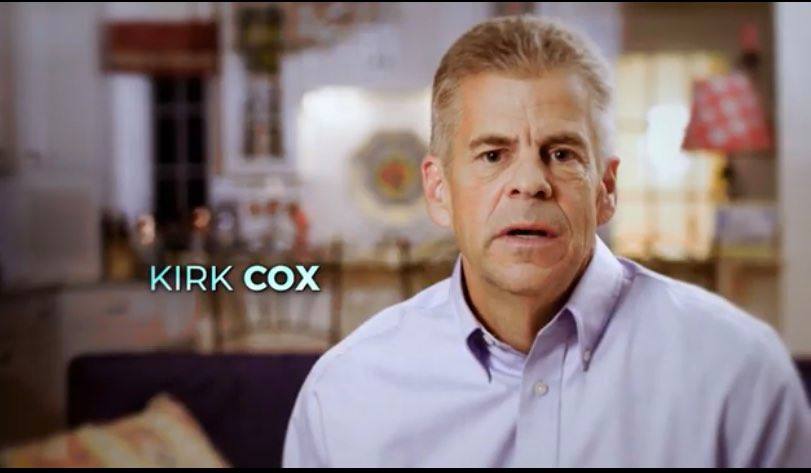 Delegate Kirk Cox (R-Colonial Heights) is officially running to be the next Governor of Virginia.

Cox has been in the General Assembly for over 30 years and served as Speaker of the House from 2018-2020. He resigned from his leadership role before the 2020 session and returned to be the Delegate representing Colonial Heights for two more years. Many operatives in politics believed that Cox was going to retire, in part because of judicial redistricting making his House district friendlier for Democrats.

But clearly, he is not leaving Virginia politics just yet.

“I am running for Governor because I cannot watch the Virginia we’ve built slip away. The timeless principles upon which our representative democracy were built are under attack, unchecked one-party Democratic control in Richmond is tearing our state apart, and people feel like their leaders are not listening,” said Cox in his announcement. “We have to fight back against the cancel culture and the elitism, against misguided collectivist policies, and against a worldview that puts the government in charge of every facet of our lives.”

Cox often says he holds the “bluest” seat out of all the Republicans in the General Assembly. “It shows that I have worked across the aisle,” said Cox, noting that he worked tirelessly to reach out to the community in the new part of his district to win in 2019.

He doesn’t want to pretend, however, that he is not a conservative with a voting record in the General Assembly that includes staunch support for pro-life legislation and gun rights. The former Speaker said that he is proud of his conservative voting record, while still acknowledging that Virginians want more from their representatives than partisan political rhetoric. In an interview with Virginia Scope, Cox said he wants to “listen to people, respect their opinions, and promote civil dialogue,” while also fighting for the conservative values he believes in each day.

While he is adamant about bringing civility back to politics, Cox has ramped up his comments criticizing the Democratic majority ever since he announced that he is considering the run. And in his campaign announcement on Tuesday, he railed against cancel culture and the protests that took place in Richmond over the summer.

His priorities: Economy and Education

While hoping that he’s wrong, Cox said he is anticipating a sluggish economy in Virginia next summer due to the pandemic. “Vaccine or no vaccine, a lot of businesses have been hurt,” said Cox, noting that he wants to focus on figuring out how to turn that around.

In an interview, the former public school teacher said he wants to focus on advancing workforce training programs and making K-12 and higher education more nimble as a way to improve the economy. “Getting people good jobs and smart education that matches where the jobs are located is going to be the number one issue.”

If he wins the nomination, Cox will be tasked with uniting the party that has not won a statewide election since 2009. In addition to losing statewide for 12 years, Republicans began to see losses in the House of Delegates in 2017. Then two years later they saw the Democrats take the majority giving them a trifecta of power in the state government. Cox noted that he believes the Democrats having control of both chambers and the Executive Branch will be the largest unifying factor for Republicans next year.

“Generally the party out of power becomes automatically reunified with a desire to take back the Governor’s mansion,” said Cox. “Republicans are ready to win and they really are going to say who is in the best position to do that. I think you are going to see a big push for that, especially in the spring.”

Experts agree that the only way that Republicans can compete on the statewide level is to have a candidate who can unite the party and drive turnout. “Republicans can win blue states, you don’t have to look any further than Maryland to see it,” said Dr. Stephen Farnsworth, Professor and Director of the Center for Leadership and Media Studies at the University of Mary Washington. “But, not every Republican can win in a blue state.”

So far, the only other Republican candidate to officially announce their intention to run for Governor is Amanda Chase, the far-right Senator from Chesterfield. Chase was removed from the Chesterfield Republican Party in 2019 for actively campaigning against the Republican Sheriff, Karl Leonard, in favor of a candidate to the right of Leonard. Chase embodies the description of a candidate that experts consider having no shot at winning the general election in 2021. But the Senator has built a huge following and far-right candidates in Virginia have had success at earning the GOP nomination in recent years. Corey Stewart, a Trump-loving fire-brand candidate was nominated in 2018 to run statewide against Senator Tim Kaine (D). Kaine eventually won by 16 points and the race was called within minutes of the polls closing.

While Cox is adamant that he can use his calm demeanor and civility to build a coalition that can win next November, he also reminds voters that he will be a stark contrast to Democratic leadership and push for conservative policies and legislation. “We are fighting back so we can lead forward out of this pandemic and a self-inflicted recession, lead forward to an economy where people can do more than just pay the bills, back to a place where problems are solved through dialogue and communication, and lead forward to a Virginia that is the best place to do business, where our kids leave school with an affordable degree or a valuable credential, and where people in government do what they say they’re going to do.”

You can see the video that Cox released with his announcement below:

Sign up for our email newsletter to stay-up-to-date on everything happening in the race for the Governors mansion below: