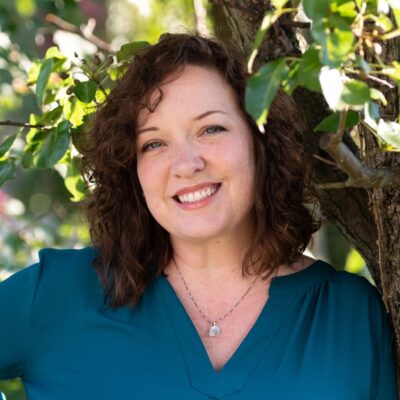 Lia Tremblay moved to Colonial Heights in 2006 when her husband got a job in the Richmond-area. An army brat, she says she is from a town in North Carolina where everyone living there had no actual roots in the area.

Tremblay told Virginia Scope that she and her husband chose Colonial Heights for the community feeling that it provides. She added that hearing about the great schools in the city was another big incentive. “For an army brat, Colonial Heights is like a dream come true because It’s a small town and you have the same neighbors for years and years,” said Tremblay. ”Everyone’s roots go back for generations and it’s something I did not grow up with and it was something that I wanted our eventual children to experience.”

The school decision became much more important to Tremblay and her husband shortly after their son was born. “It became obvious within the first few months of his life that he had some pretty significant disabilities, so we realized that we would not just be putting him in school but we would be putting him in special education.”

Tremblay says that they had to experience putting their child on the bus and sending him to school much earlier than other parents when their son’s special education began at two years old.

“These schools have been especially great for him, You never think when you are pregnant with your first child that you are going to be dealing with special education and all these systems you never had to deal with as a child,” said Tremblay. “But, we just lucked out, it turned out to be a really great spot for him I am constantly bragging about Colonial Heights.”

Her work as an advocate for her son helped Tremblay gain experience in working with leaders and the community to achieve goals. “Being a mother to this specific child has made me a really good advocate,” said Tremblay. “In 2013, I lobbied the city council to fund the replacement of the play structure at Floral Hill Park. The playground itself was falling into disrepair and becoming an eyesore. I saw the opportunity to not just speed up the replacement of it for everyone’s benefit, but also to make sure that it had some features that would make it more accessible and fun.”

Tremblay says that with the help of neighbors, they were able to get the money allocated towards repairing the playground earlier than expected. “That was an achievement I was really proud of,” said Tremblay, noting that her family is also active in the ARC community and that they go to the General Assembly each year to lobby for disability issues.

For the past six years, Tremblay has served as chair of the Special Education Advisory Committee (SEAC), which meets four times each year before presenting a report to the board. She says that she began attending meetings for this purpose, but she eventually began attending more frequently – sometimes being the only person in attendance that is not an employee of the school district.

Tremblay said that this is an issue that she would like to see addressed by the school board moving forward.

She told Virginia Scope that she would like to see more engagement from the board and for the members to be more present in the city so that people in the community can engage with them more actively.

“I would also like for the meetings themselves to be more transparent,” said Tremblay, noting that the schedule changes sometimes with no public notice. “It sends a bad message when a meeting is happening that people do not know about.” The meetings are also not usually streamed online, with the only exception being the July meeting where they voted to allow kids to return to school five days a week.  “All you need is a tablet and mic,” said Tremblay. “I do not see any reason why we can’t do that.”

Tremblay says she was also concerned with some of the spending that took place prior to COVID-19, referencing the new digital signs that all of the schools have recently installed along and the remodeling of the school board meeting room.

“I would like to see teachers, paraprofessionals, custodians, bus drivers, and all of these people who have had to really adapt and make huge changes to their own routines and really step up to a weird situation receive a financial award for how they have adapted and persevered before I see another expensive cosmetic feature.”

As far as the board’s actions since the start of the health crisis, Tremblay told Virginia Scope that she would have liked to have seen more scrutiny from the board members while reviewing the 2020 return-to-school plan. “The board unanimously approved the Superintendent’s plan without a whole lot of question or challenge to it,” said Tremblay. “I had serious concerns about how that plan was implemented and how it was rolled out – it seemed very haphazard and disorganized to me. To my relief, we are not seeing the widespread infections I was worried about.”

Colonial Heights families were offered two options, either in-person learning for five days a week, or the fully-virtual academy. Tremblay says the parent’s choice sounds ideal, but she believes that the setup has caused a weird comparison between the students in the virtual academy and the students that are attending school in-person.

Tremblay told Virginia Scope that as a virtual family, they feel relegated away to a different community with a different mascot and school administrator. “It feels like a weird us vs them,” said Tremblay. “I know it was a parent’s choice but it would not have worked if everyone chose to go to school.”

The school board is comprised of five members in total and they run on staggered four-year terms, with two running in off years, and three running during presidential years. The school board candidates all run citywide with the top-three candidates being crowned as the winners this cycle.

You can view information on all of the candidates for the Colonial Heights school board and city council races here.