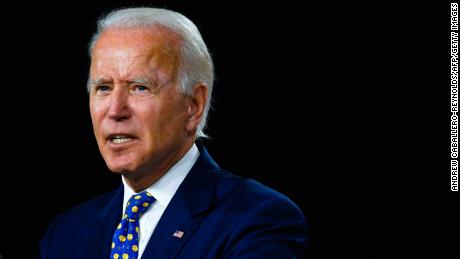 Meanwhile, more than $9 million has been spent in Virginia this year on ads for the presidential election between Republican President Donald Trump and Democrat Joe Biden. The data posted on the Virginia Public Access Project’s website includes money spent on broadcast TV, cable, radio, and internet ads.

“The 7th District of Virginia is one of the marquee congressional elections in the country and is drawing very significant amounts of money,” said Stephen Farnsworth, director of the Fredericksburg-based University of Mary Washington Center for Leadership and Media Studies. “Virginia may not be getting the attention it received four or eight years ago, but the 7th District is one of three highly competitive congressional districts in Virginia.”

Biden and groups supporting him have spent more than $6 million on ads compared to nearly $3 million spent to promote Trump.

Farnsworth sees this as less of an anomaly but more of a continuing strategy in presidential campaigns.

“The nature of the way the state has changed over these last several election cycles, new donations to presidential campaigns would be better off being directed to states that are more competitive, like Pennsylvania or Wisconsin or Ohio,” he said. “Polls have shown Virginia wouldn’t be the best place to spend your presidential campaign dollars in 2020.”

Other closely contested congressional races are the 2nd District in Hampton Roads and the 5th District, which stretches from Fauquier County in Northern Virginia to Danville in Southern Virginia. Democrats have also outspent their opponents in these races.

“All three districts are winnable for the Democrats and Republicans, and this results in a very large amount of donations and large sums of money spent on advertisements,” Farnsworth said.

The 5th District has also been in the headlines lately due to Republicans declining to re-nominate incumbent Rep. Denver Riggleman after he officiated a same-sex wedding in 2019. Republicans instead nominated Bob Good who won the primary and is running against Democrat Cameron Webb.

However, the 7th District is unique because of the different segments of the electorate that live within it, making it an invaluable asset to candidates, Farnsworth said.

Farnsworth pointed out that the 7th District was originally drawn to help Republicans get elected, but has recently struggled to do so due to the lack of support from suburban voters during the Trump administration. Over $4 million was spent on broadcast ads to elect Spanberger in 2018, with spending for Brat’s campaign trailing behind at just over $3 million.

“One of the effects of the Trump presidency has been increasingly aggressive donations on the part of Democrats,” he said. “The 7th District is a highly competitive district, that’s why both Democrats and Republicans are investing very large sums of money in that contest.”

The most money in the 7th District race has been invested in broadcast ads, followed by cable, radio and Facebook, respectively, according to VPAP.