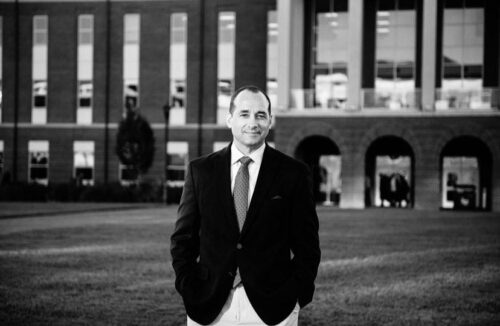 Bob Good, the Republican candidate in the 5th congressional House district, is facing pushback after he failed to disclose his assets while serving on the Board of Supervisors in Campbell County. He took multiple votes that had a direct impact on the companies in which he recently disclosed that he owns stocks.

In a press call on Friday with the Democratic Party of Virginia, a representative from the national campaign finance reform group, End Citizens United (ECU), blasted Good for failing to disclose his financial assets to constituents in Campbell County.

Patrick Burgwinkle, a spokesperson for ECU said that Good abused the public’s trust when he voted to give Abbot Laboratories a “corporate hand-out,” while serving as supervisor. “Good’s new disclosure reveals that he holds up to $15,000 of stock in Abbott Laboratories – an opioid giant that he once voted to give a record-breaking corporate handout on the Campbell County Board,” said Burgwinkle on Friday.

The moment in question took place in July of 2016 and involved Good voting in favor of an expansion incentive that totaled more than $500,000 for Abbot Laboratories.

Good voted in favor of the incentive after voting to cut funding to Campbell County Public Schools just a two months earlier. Good voted to approve a budget that cut $500,000 from Campbell County schools and eliminated a raise for teachers. “A questionable choice on one hand,” said Burgwinke. “And corruption on the other.”

Michael Nagy, a public school teacher and self-proclaimed Republican from Campbell County spoke on Friday about why he does not support Good. “Mr. Good can say things like he supports law enforcement, he supports public education, he supports funding things, but during his four years on the board he proved that through his demeanor, through his personality, through his character, and through his votes more importantly, that he is not worthy of sending to Washington, D.C.”

Good also voted to give McKesson, a large healthcare company, an ambulance contract with Campbell County. Recent disclosures show he holds between $1,000 and $15,000 in McKesson stock. After McKesson received the contract, Good voted to raise the ambulance fee by 26%. Burgwinkle called it a “massive problem,” adding, “you can understand why he would want to hide it.”

Even though he worked at CitiGroup as a financial services manager for several years, Good recently stated in an interview with VPM News that he did not know which individual stocks he owns.

Lawton Tufts, a lawyer, and UVA Senior Director of Public Service sent a letter to the Campbell County Commonwealth Attorney on Friday calling for an investigation into Good’s finances. “The citizens in Campbell County had a right to know about these potential conflicts of interests,” wrote Tufts in the letter. “Bob Good may have intentionally denied them of that.”

The office of the Campbell County Commonwealth Attorney, Paul McAndrews, declined to comment when contacted by Virginia Scope about the letter.

Tufts said that the received a response from McAndrews stating that he received the letter and will be reviewing the allegations. The Good campaign has not returned a request for comment.

Good is facing a tough challenge from Democrats after he defeated the GOP incumbent, Congressman Denver Riggleman, in a nominating convention earlier this year. Dr. Cameron Webb, the Democratic candidate raised $2.7 million in the recent fundraising quarter while Good raised only $722,000 and has yet to hit the $1 million mark for the cycle.

Republicans are afraid they are going to lose this seat for the first time since 2008. Democrats continue to highlight the inadequacy of Good in a final push to flip the seat.

“In interviews with the press after this scandal broke, Good failed to say that these stocks did not influence his votes,” said Susan Swecker, chairwoman of the Democratic Party of Virginia. “And he hasn’t expressed any regret for misleading the public by filing a false disclosure form.”