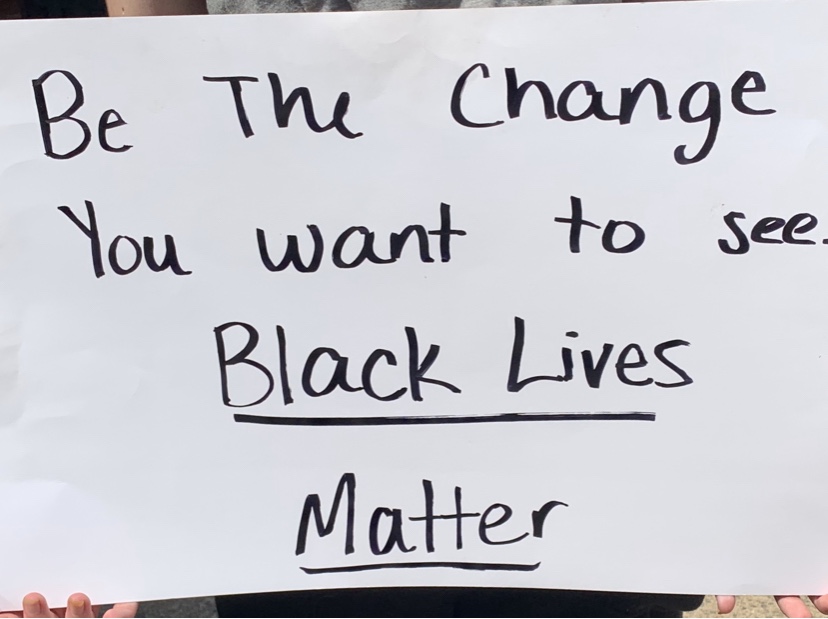 BLK RVA is an initiative launched in August 2019 between Richmond Region Tourism and 20 community leaders to highlight historic African American tourist attractions and engage visitors in events that support Richmond’s Black community. The group continues to promote Black-centered tourism in light of recent events. BLK RVA was recently awarded the Richmond Region Tourism Chairman’s Award in recognition of its contributions over the past year.

Jefferson also said that in the months following the death of George Floyd in police custody, she has seen more people visit the area around the Robert E. Lee statue. The area has been transformed into space used by the community for art, protest and memorial — and even basketball.

She said people are migrating to this area now that there has been a “staple of just coming together and a staple of community and uprising.”

BLK RVA’s mission is to illustrate that the Richmond region has evolved and is now a multicultural hub that specializes in four pillars: arts and entertainment, food and drink, community and history. She said the state capital is often seen through its outdated history–an outlook that needs to change.

In addition to African American-centered events and fundraisers, BLK RVA promotes the patronizing of what they call “rooted and rising” businesses; ones that have been around a while and others that are up and coming.

One established business is the Elegba Folklore Society, which was established 30 years ago. The Society hosts the annual Down Home Family Reunion and Juneteenth Freedom celebrations in addition to guided heritage tours along the Trail of Enslaved Africans and other historic sites. The trail details the history of slave trade from Africa to Virginia, following a route through the area’s former slave markets and also highlighting African American life leading up to the Civil War.

Omilade Janine Bell, president and artistic director of the Elegba Folklore Society, said the company prides itself on educating people because Black stories are often not fully told. She has noticed a renewed interest in learning about Black history in light of the recent Black Lives Matter movement. Jefferson echoes that statement.

“His (George Floyd’s) loss-of-life story has opened the eyes of many whose eyes had been shut tightly before,” Bell said. “Now there is a heightened awareness among Black people and others about the lack of equity.”

Jaynell Pittman-Shaw owns Maple Bourbon, a restaurant serving breakfast and lunch in Richmond’s downtown area that is one of BLK RVA’s “rising” businesses. Pittman-Shaw believes there is a new spotlight on inequity in the Black community.

“That is what people are protesting about right now: systemic and institutional racism,” Pittman-Shaw said. “Black business owners do not have access to the same resources that should be available to any business owner,” but black businesses need more support to thrive.

Jefferson said BLK RVA donated money from online merchandise sales to the Richmond Black Restaurant Experience, which hosts a week-long event in the spring promoting black-owned food businesses. Over $15,000 was raised and distributed evenly among 35 Black Restaurant Week participants affected by COVID-19. Pittman- Shaw was one of the grantees. She plans to “pay it forward” by using the $500 grant she received to help another black-owned restaurant that did not participate in Black Restaurant Week.

Restaurants such as Big Herm’s Kitchen and Soul Taco used the money to help pay employees who were affected when COVID-19 restructured business.

The Richmond Black Restaurant Experience supports black, food-focused businesses, including restaurants, food trucks and catering services. They have raised nearly $50,000, surpassing their new goal of $25,000 according to the group’s GoFundMe page.

In addition to restaurants, other attractions have made adjustments since COVID-19 began. Many of them have migrated to virtual experiences. The Virginia Museum of Fine Arts and the Virginia Museum of History and Culture are offering virtual exhibits, including the All in Together collaborative project and Determined: The 400-Year Struggle for Black Equality. The Elegba Folklore Society broadcast its Juneteenth celebration on Facebook, YouTube and Vimeo.

The organization also recently promoted the Black is Beautiful beer initiative, a nationwide collaboration created by Marcus J. Baskerville, head brewer and co-owner at Weathered Souls Brewing Co. in San Antonio. Over 30 Virginia craft breweries participated to support people of color and raise funds for police reform and legal defense. Richmond breweries put their spin on the traditional imperial stout recipe to raise money for the Black is Beautiful cause. The Answer, Hardywood, The Veil and Lickinghole Creek were among the Richmond-area breweries that created stouts for the initiative. Each brewery will donate the proceeds to organizations that support the Black is Beautiful cause.

BLK RVA has also highlighted events such as the RVA Black Farmers Market, the Richmond Night Market and events hosted by UnlockingRVA.